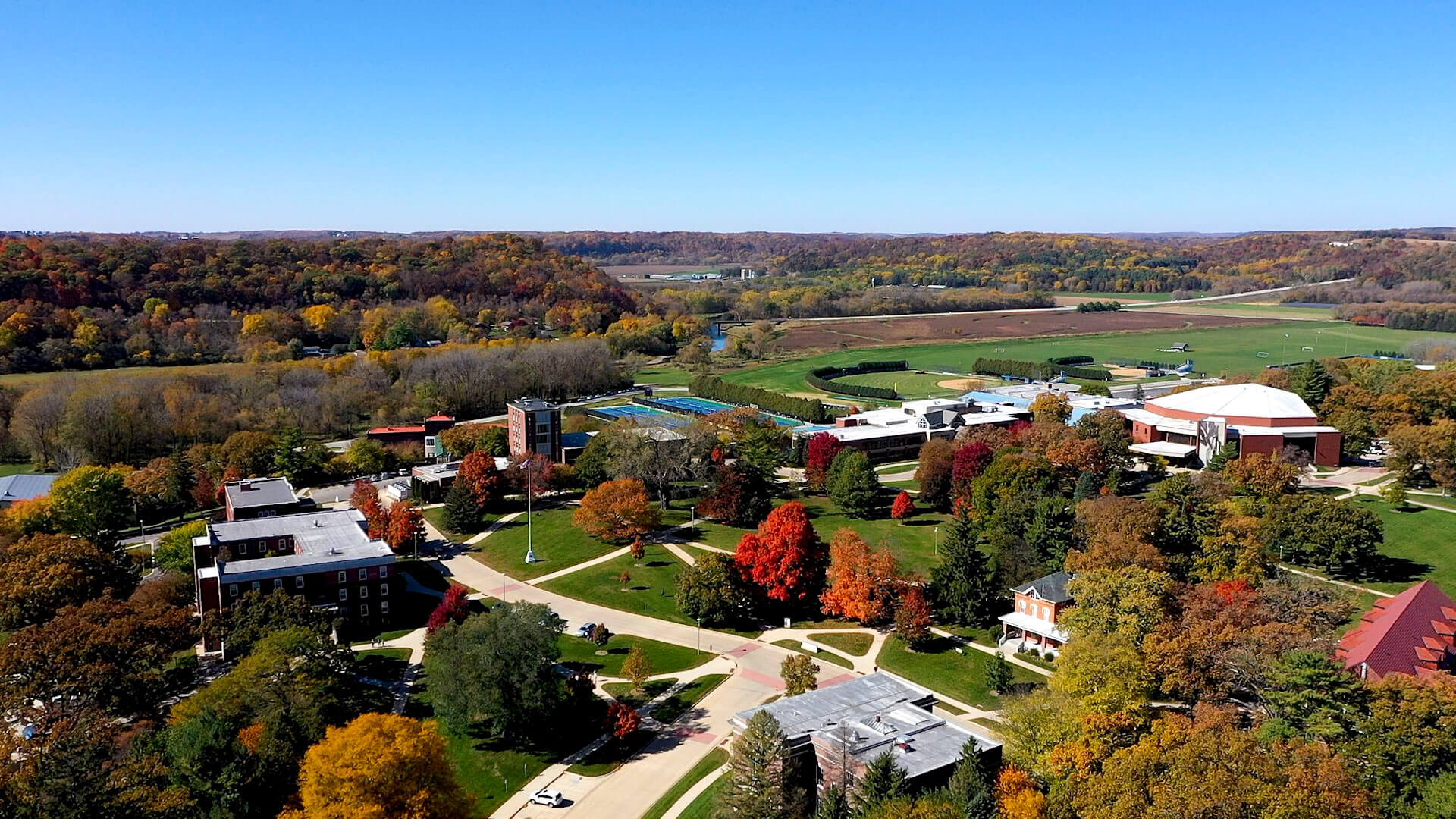 The historic district roughly matches the 32 acres on the upper campus selected by U. V. Koren in 1861. The district includes 34 buildings and nine objects, including sculptures and the 1933-36 stone Pioneer Memorial. The "contributing" buildings run from the 1867 Brandt Parsonage (a.k.a. Campus House) through the 1969 Preus Library. The campus has a notable collection of well-preserved midcentury modern buildings. Many campus buildings were designed by Charles Altfillisch, whose firm had the remarkable record of designing every major campus building between the 1926 Preus Gymnasium (destroyed by fire in 1961) through the mid-1960s Tower Dorms. The NRHP nomination also highlights the importance of the campus's naturalistic landscape that was reshaped by internationally-prominent designer Jens Jensen in 1911.

The Luther College District nomination has not yet been digitized by the Department of the Interior but a local copy is available below.