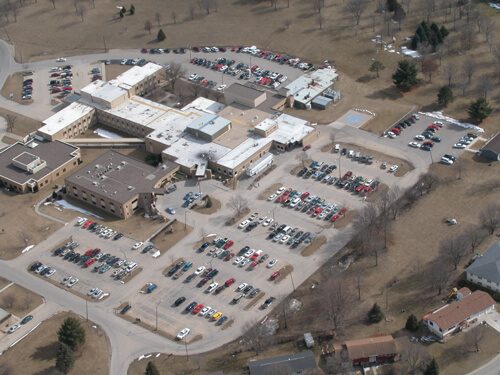 The Decorah Water Department was first established around 1882 or 1884. The first tank installed was up at the end of Park Street by the new Bruening's Addition. It was a water tank built out of brick and stone. The city ran 8" cast iron water main down the hill to the courthouse at this same time. This main is still being used today, and is still in good shape. The second tank was constructed in 1935. Also there have been city wells around the area of Mill and Sanford

Today the City has 6 wells, 3 are located by Goose Island, and the other 3 are located at the end of West Water Street. Our wells are approximately 60 to 80 feet deep, and have water at about 20 feet. What is referred to as Well #4 is the old Deco well, that was abandoned in the 1950’s or 1960’s and at one time was around 1200 feet deep. It was abandoned because of faulty casing.

The City Well Water has approximately 20 grains of hardness in it, and the City started adding fluoride to the water on Dec. 18 of 1963.

In the year early 70’s, a booster system was installed in the Minowa Heights Addition to supplement that area with city water. Then in 1979 the City of Decorah constructed a 750,000-gallon tank at the East end of Decorah by Luther College. This tank doubled the water storage capacity for the city. That same year they built well #7, and constructed an elevated 100,000 gallon storage tank on Locust Road. Following that, in the 1980’s, the Anderson Addition and the Nordheim Addition were also hooked up to the City water System.

Today the City of Decorah pumps an average of 1 million gallons a day. 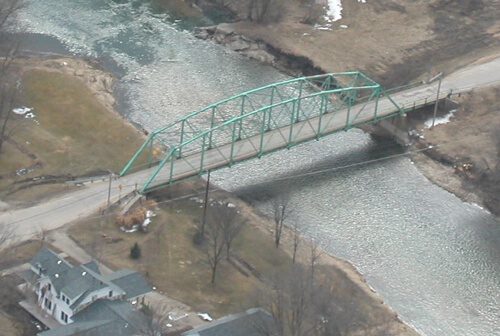